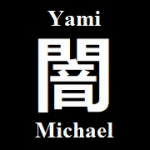 I was just showing my cousin the Eye of the Storm Gallery (he was so busy with his studies that he didn’t realize the game had its last expansion? ? ?  Hahaha . . . ) and was pleasantly surprised that now the storylines are completed.  I think I will enjoy reading through the whole storyline again.

Thank you for your perseverance!  I have actually email WoTC for the completed storylines (they wouldn’t give me, no reasons given) and even look through the Internet Archive’s Wayback Machine (not completed).  How did you do it?

It is always disappointing to see a game end.  I would compare the Kaijudo TCG with the Pokemon TCG (both set aside 6 cards at the beginning of the game) and much prefer the Kaijudo TCG, where the losing side draws 1 of the 6 cards, making a comeback from behind possible.  As opposed to the Pokemon TCG, where the winning side draws 1 of the 6 cards, meaning the winning side keep on winning.  And yet, the Pokemon TCG (and its anime!) are still on-going.  Why do you think it is so?

I remembered my younger cousins used to be crazy over the Harry Potter TCG, which abruptly end when the Harry Potter novels and movies were still on-going strongly (WoTC again . . . What, WoTC didn’t want to make more money?).  Recently, The Naruto TCG also end, another disappointment (at least this one has a excuse: the Naruto manga and anime were coming to a end.)

On the plus side, the Kaijudo TCG now, for the want of a better word, feels “completed”.  I got cousins who are secretly relieved that no new cards are coming out to mess up the metagame, and feel that the game is good enough as it is.  Yeah, there are still people creating and playing fixed-deck card games, eg http://www.sirlingames.com/pages/yomi and https://www.fantasyflightgames.com/en/products/blue-moon-legends/, so I think I will introduce the Kaijudo TCG as a completed game to new players.

Thank you for your hard work and for keeping this wiki online as long as you can.

Yeah, while the loss of Kaijudo still saddens me, at least I can feel like this wiki is definitely complete as well (other than cards possibly having 1 image galleries..).

Actually, it was the Wayback Machine that got me those missing chapters. Much of it doesnt work and takes you to the message that the game was cancelled, but I kept changing dates and pages and found a few of the story pages, and found one with the ones needed. So that was awesome.

Its funny, as I have cards from the Harry Potter tcg and Naruto (never played, but own a deck).

I couldn't even remember that card until I looked at the page. I'm sure if I had any picture, I would have put it up. I'll go through the laptop I had all the kaijudo files on and look for it through. Yami Michael 08:16, March 29, 2015 (UTC)

Retrieved from "https://kaijudo.fandom.com/wiki/User_talk:Yami_Michael?oldid=55635"
Community content is available under CC-BY-SA unless otherwise noted.