View source
watch 01:36
We're Getting Mutants in the MCU - The Loop
Do you like this video?
Play Sound

Squillace Scourge is a creature in the Kaijudo: Rise of the Duel Masters series.

It is a shark-headed creature with tentacles.

Its evolved form has a giant horn on each of its sides and it's tentacles are immensely larger.

It first appeared in The San Campion Hexagon where it was used by The Choten to fight Ken Okamoto. 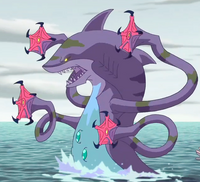 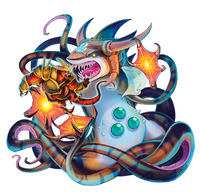 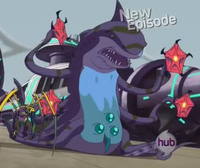 Squillace Scourge with Humonguru.
Characters in the Kaijudo: Rise of the Duel Masters Series
Main Characters