Buoyant Blowfish is a creature in the Kaijudo: Rise of the Duel Masters series.

In The San Campion Hexagon, it was temporarily evolved by Gabe when fighting off the Choten Minions. 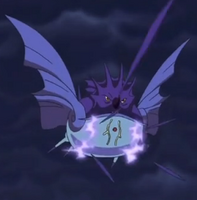